Originating from the UPA Council Chambers, General Manager Simon Trépanier, President Serge Beaulieu, and Deputy General Manager Isabelle Lapointe (separated from one another by plexiglass panels) conducted the meeting’s business on camera. The technical crew managed video and sound while QMSP personnel took care of participatory needs such as questions and voting. In all, twenty people were needed to handle the challenges of holding this event at distance.

Aside from its virtual attendance, the AGM assumed its usual character of lively exchange and decision-making. The meeting concluded on a positive note, as members expressed pride in being part of their organization.

The 2020 AGM of Québec Maple Syrup Producers, scheduled to have been held in May, was postponed to this date due to the pandemic. 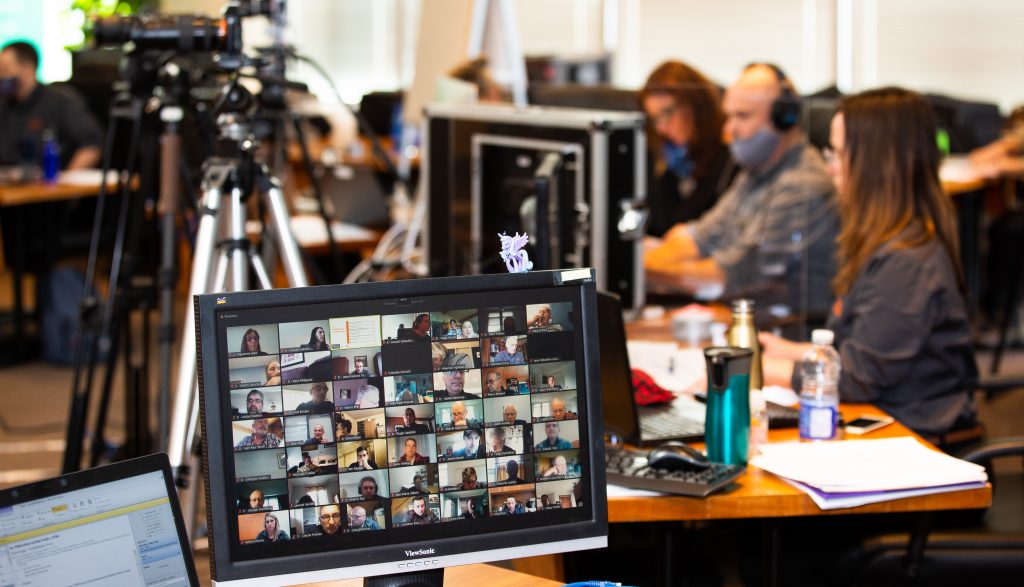 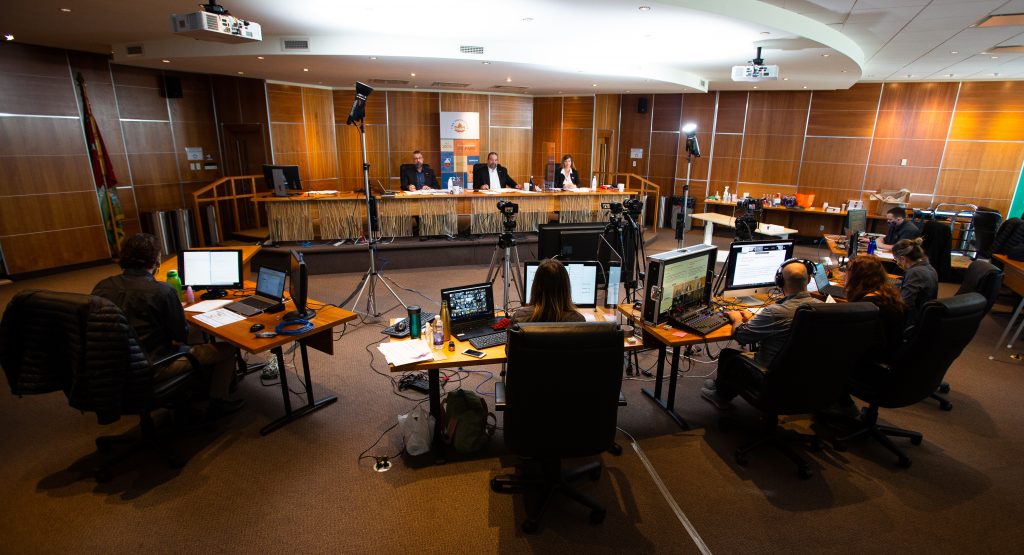 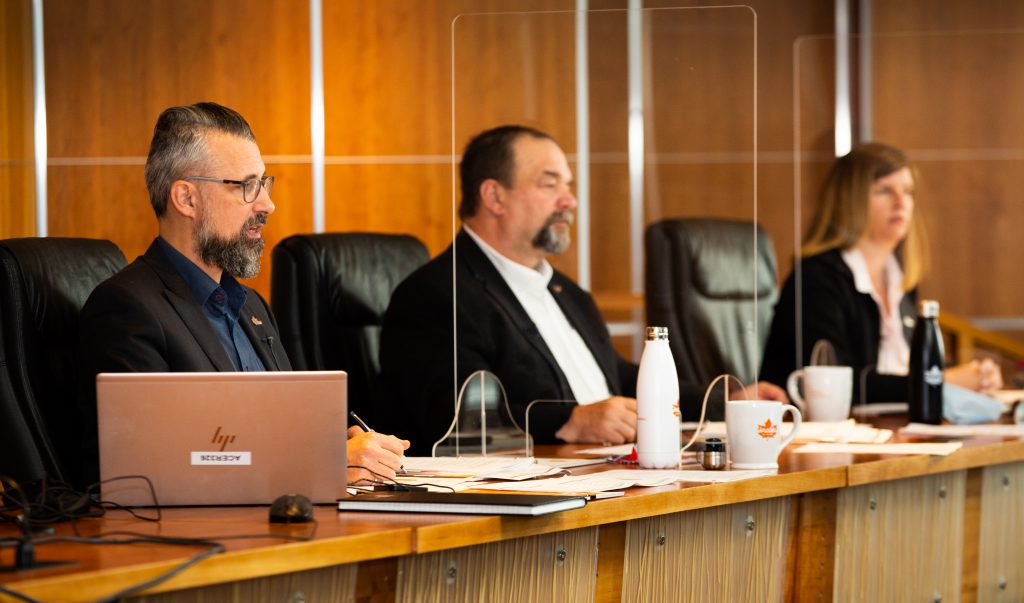 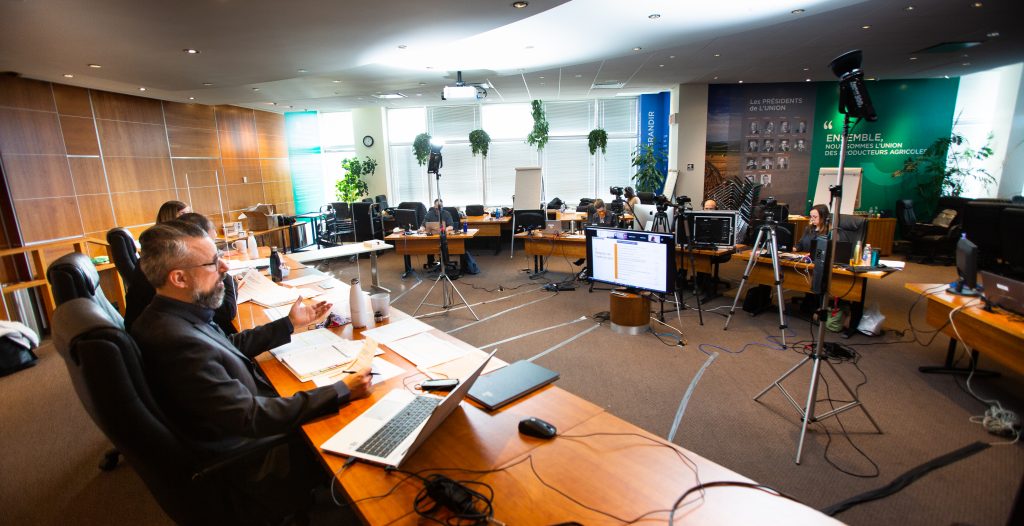 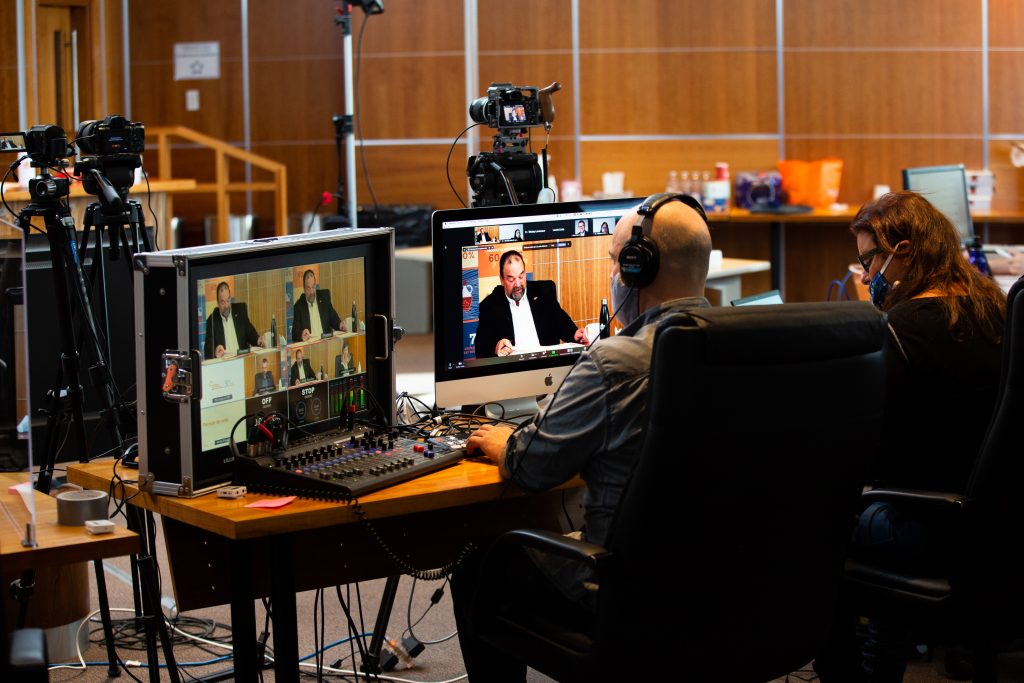 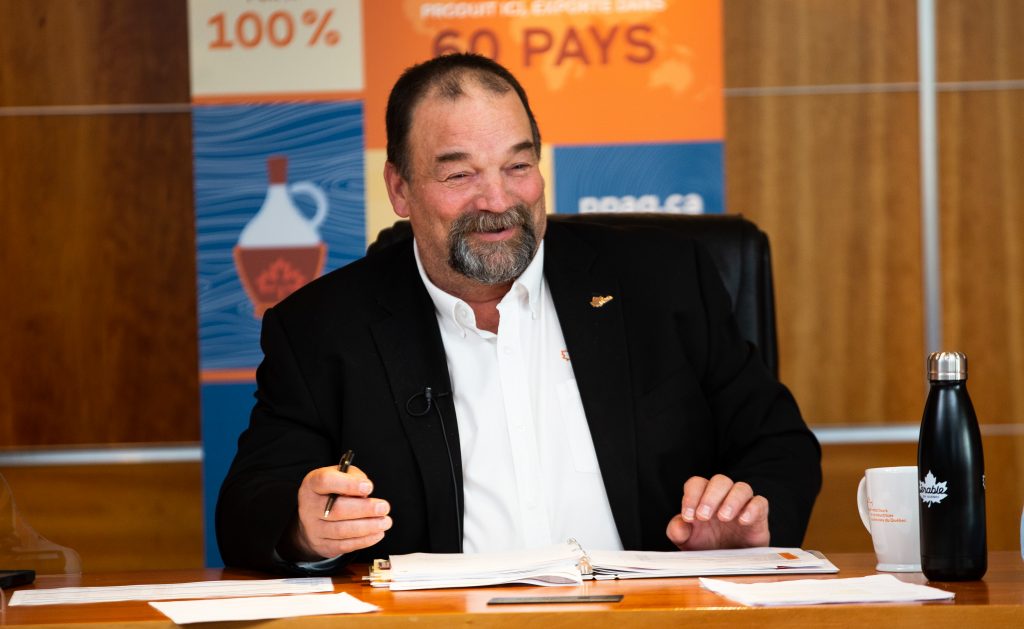 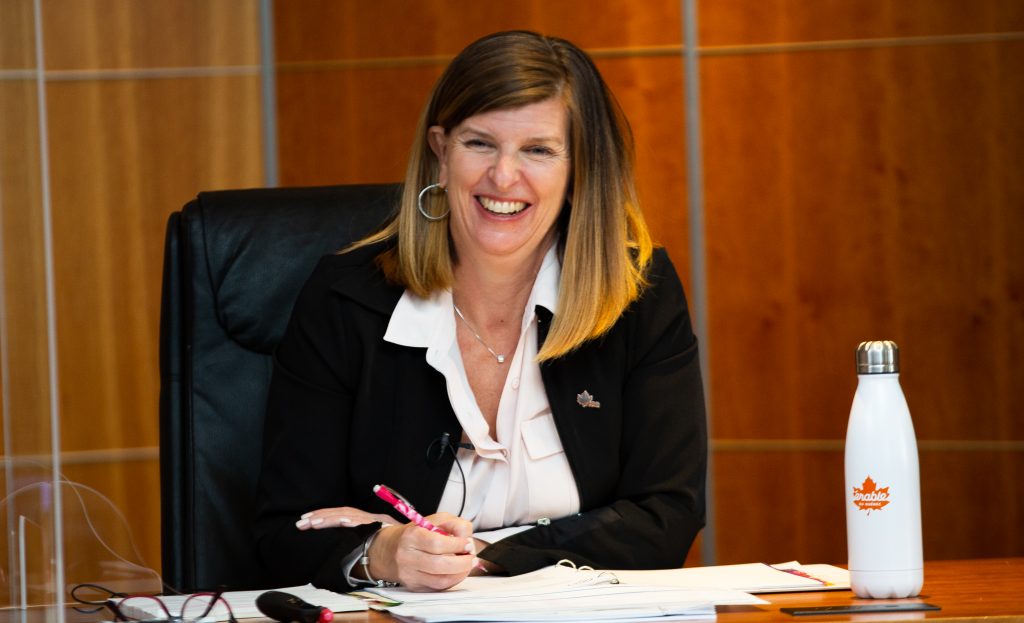 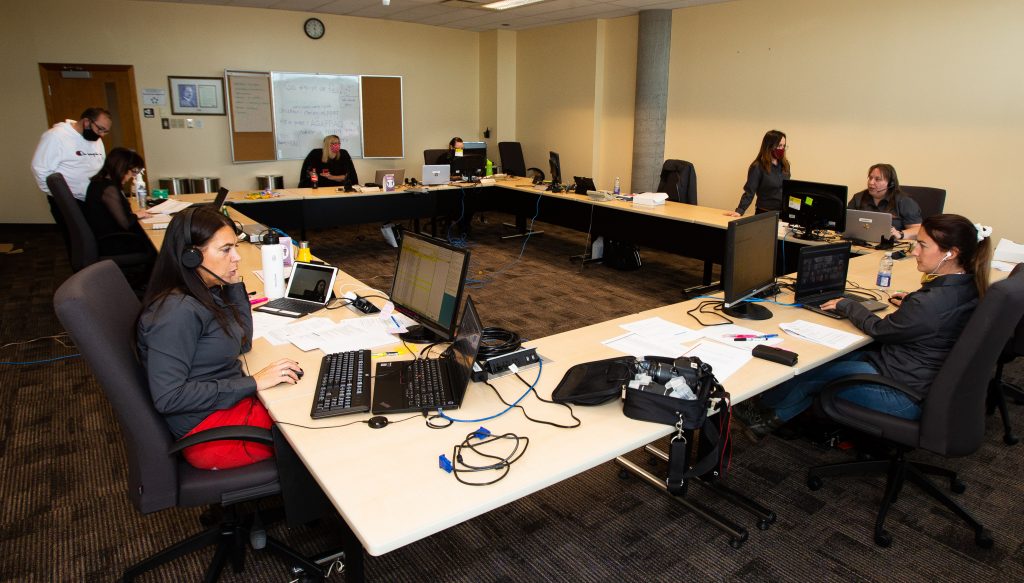 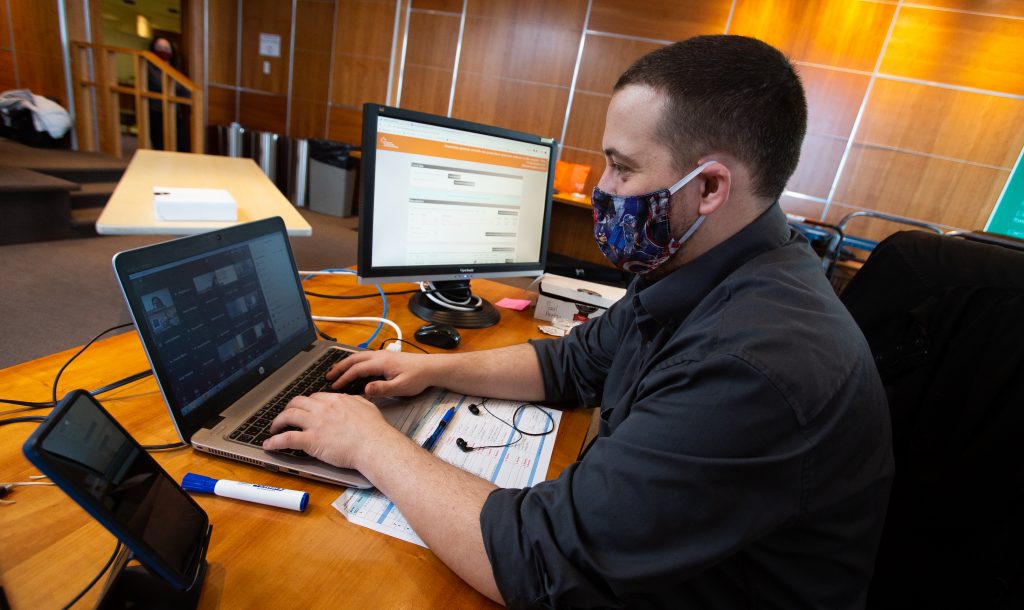 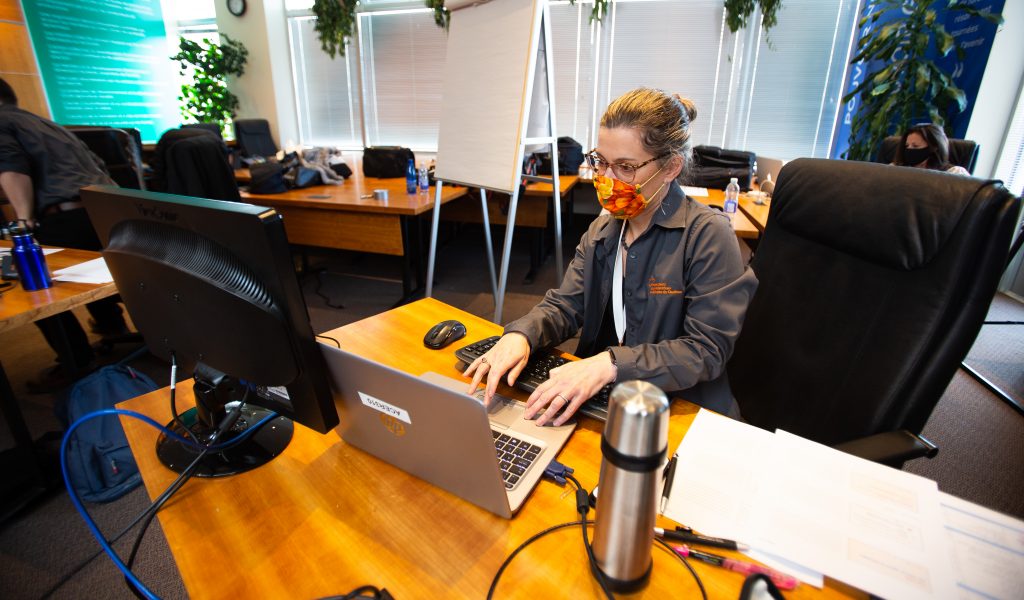 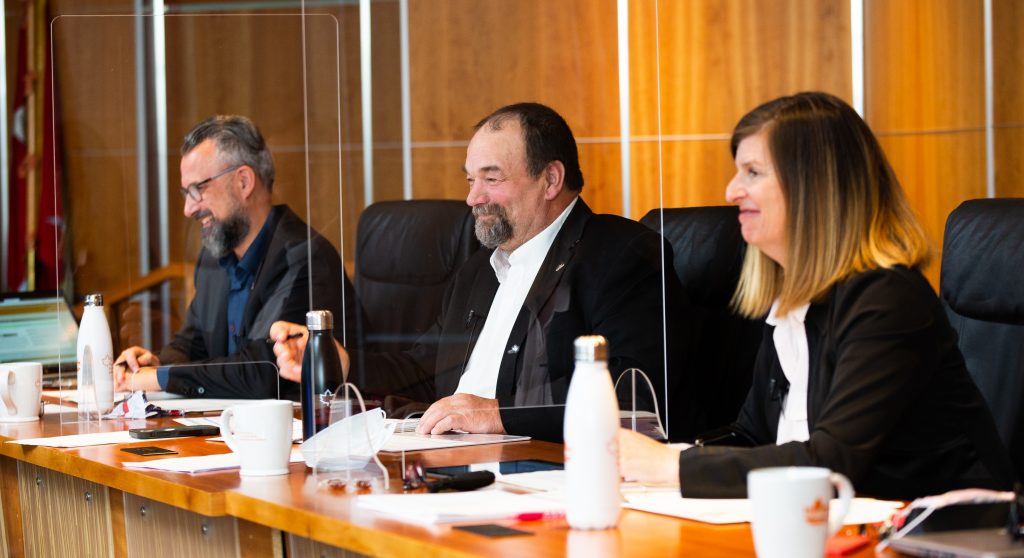 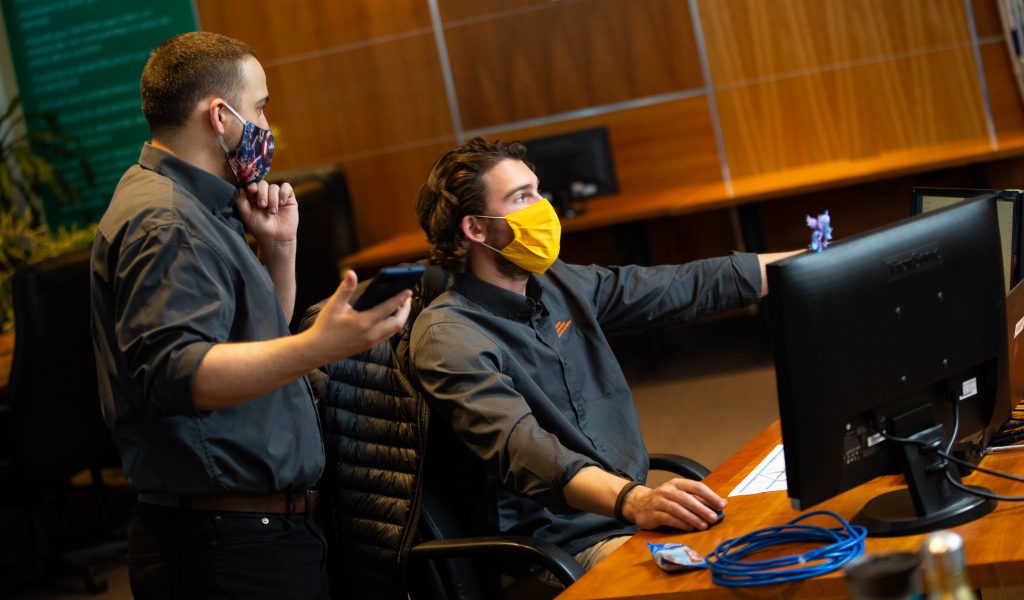 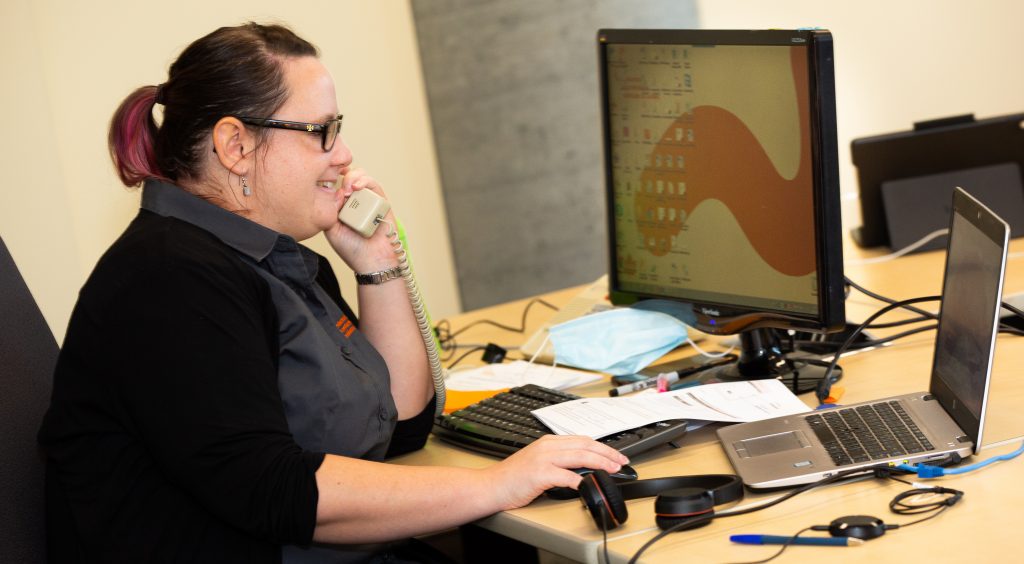 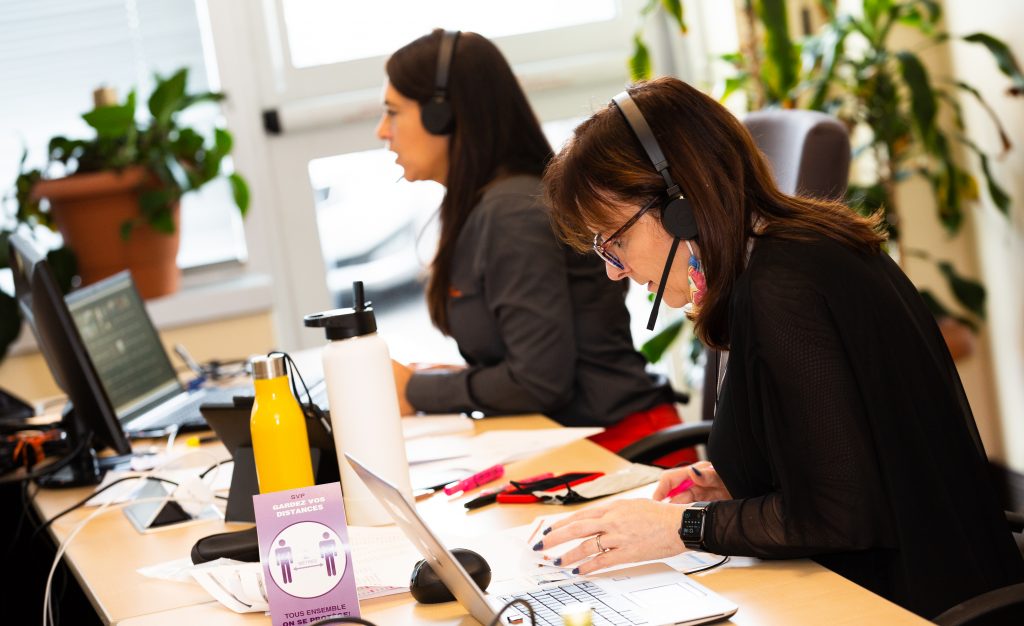 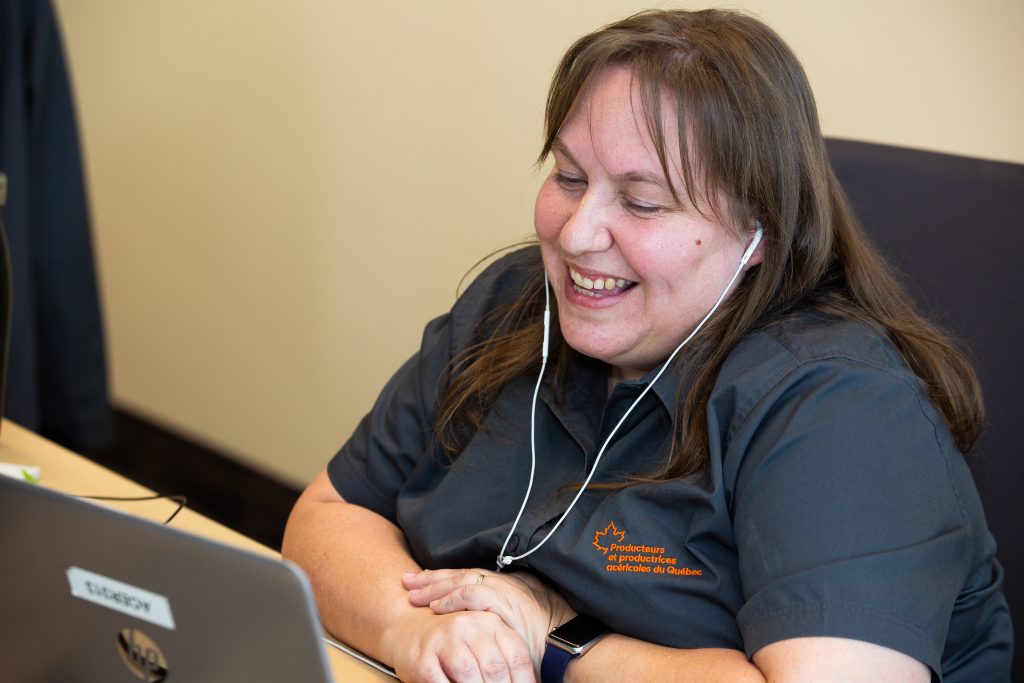 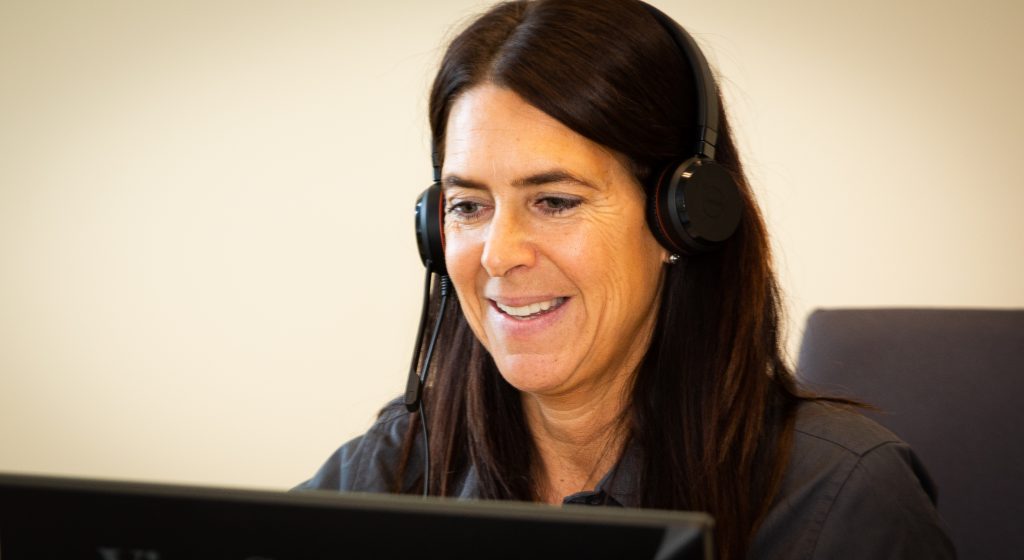 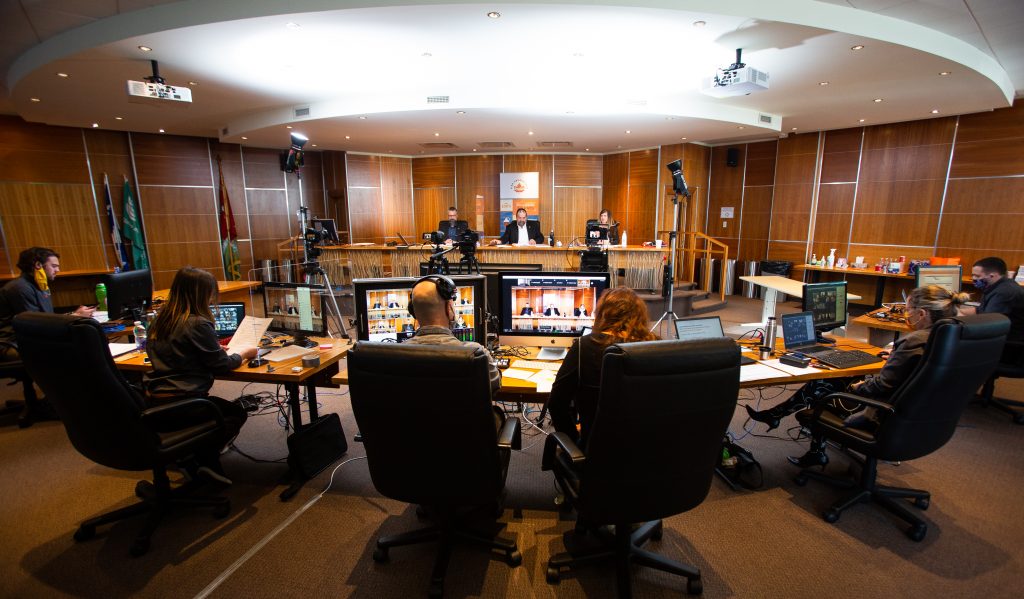 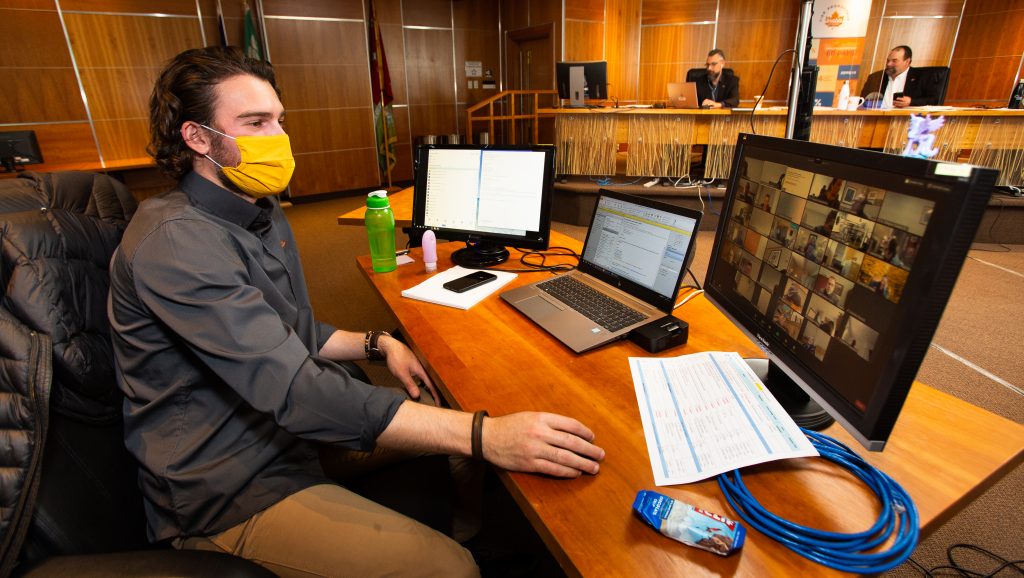 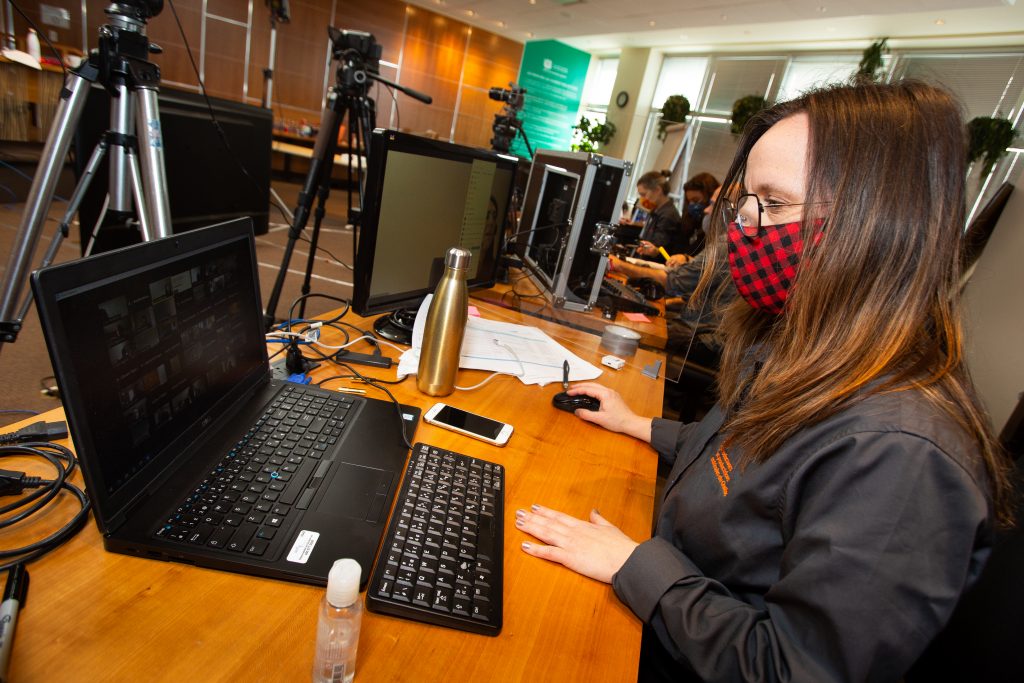