Québec maple syrup is made from a single ingredient: the sap of maple trees. The sap flows every spring when day/night temperatures alternate between thawing and freezing. This natural phenomenon is unique to eastern North America.

The Advantages of Québec Maple Syrup

Natural, with no GMOs or preservatives

Plus, nearly half of Québec’s maple syrup production is certified organic.

Much More than Just a Sweetener

In addition to adding economic vitality to our regions, Québec maple syrup is good for the environment. It derives from 34 million maple trees on active production sites, which themselves provide numerous essential ecological goods and services.

When consumers choose maple products, they contribute to the sustainability of our maple forests and the ecological benefits that come with them. Furthermore, it leads to the increase of protected forest lands.

Buy local: It boosts our economy!

Learn more about the ways maple syrup can be used in the kitchen and at the table by going to Maple from Québec. 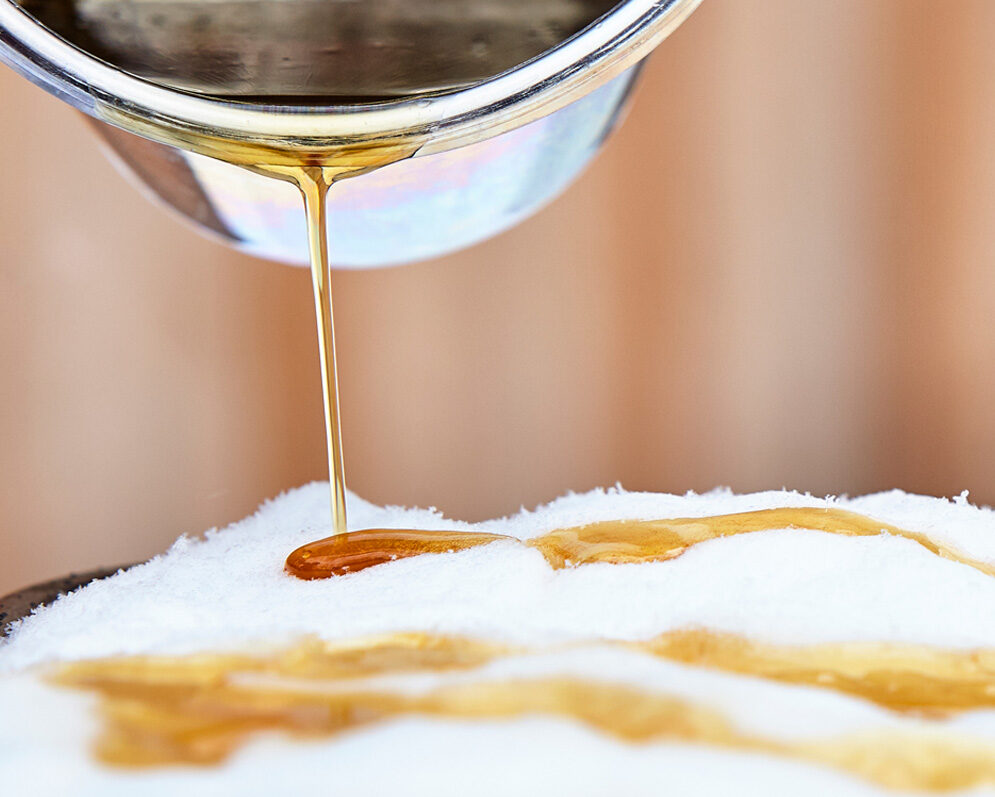 spring is here: let’s go to a sugar shack!

Although maple syrup is harvested only in springtime, it’s found in most Québec kitchens all year round and is enjoyed in more than 70 countries around the world. This growing popularity is due to more than its wonderful flavour. Much effort and investment have been put into marketing, research, and innovation by Québec Maple Syrup Producers.

While people are discovering maple syrup in other nations, it’s a long-held custom in Québec. The annual spring outing to a sugar shack has been a tradition for generations!

Of the 8,000 maple enterprises in Québec, several hundred sugar shack owners open their doors to the public. People come out to welcome the arrival of spring in March and April by enjoying a traditional meal and fun activities.

Such commercial or restaurant sugar shacks maintain the vibrancy of this true Québec experience. They are at once maple producers and restaurateurs, entrepreneurs playing an important role in Québec culture and heritage and contributing to the vital tourism sector in our regions.

Learn more about our maple producers, including which ones serve meals or sell their products right from the sugar bush by going to Érable d’ici.

Next section
Maple Syrup has Many Health Benefits
Share