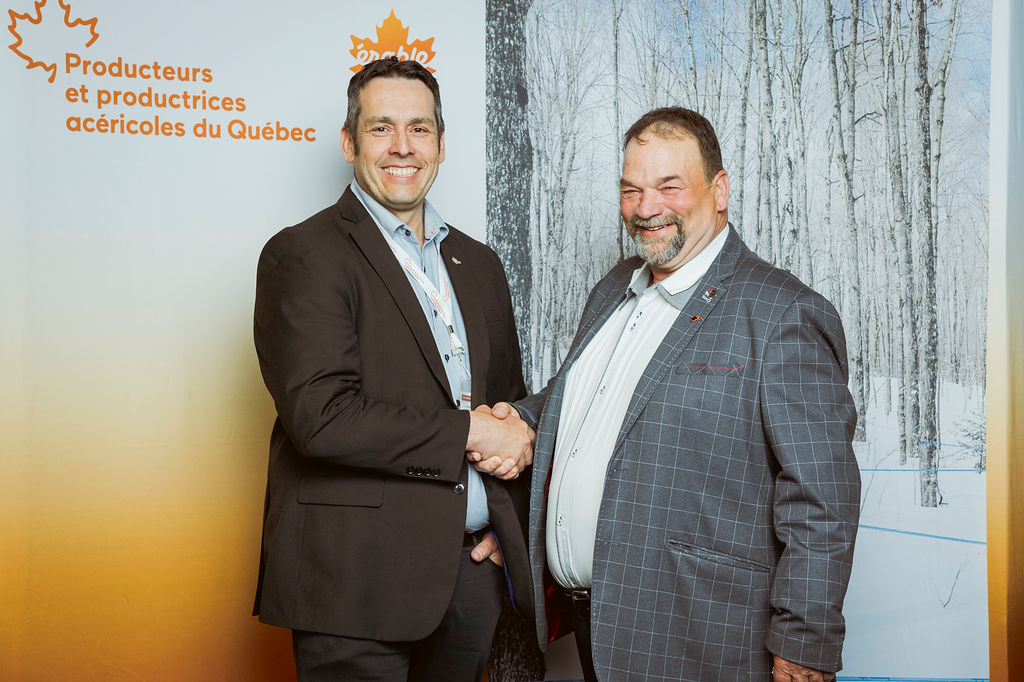 Mr. Goulet has led the Côte-du-Sud producers’ chapter since 2014 and served as QMSP first vice-president since 2016. He was the unanimous choice to take over from Serge Beaulieu, who announced last May that 2021 would be his last year as president.

Luc Goulet thanked his fellow producers: “I have always wanted to be involved with the organization’s work and not be just a spectator to our collective decisions. The interests of all maple producers are my interests. You can count on me to hear your opinion and represent you the best way I can.” The new president paid tribute to the monumental work of his predecessor and the model he set for Québec’s 13,300 maple producers.

Serge Beaulieu became president of the Montérégie-Ouest region in 1989 and was first elected QMSP president in 2008. “I am retiring from your leadership, but I am not leaving you. After over 14 years as president, this will always be my family, with all its passionate professionals committed to quality.”