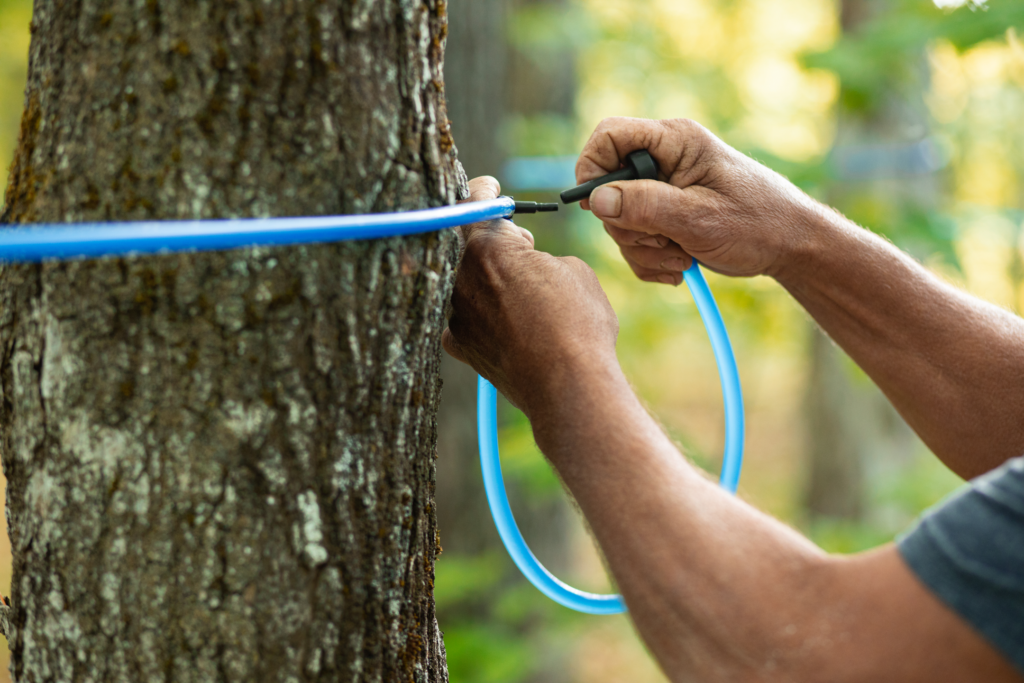 In a communiqué dated June 15, 2021, Québec Maple Syrup Producers (QMSP) announced its decision to expand production by at least 3 million taps. The reasons are straightforward: a combination of the steep and steady increase in maple syrup sales and exports, the modest yield of the 2021 harvest, and the declining volumes of stock in the Global Strategic Maple Syrup Reserve.

The QMSP Board of Directors has consequently decided to go ahead with the issuance of a minimum of 3 million new taps. In fact, this number may even increase if sales projections warrant.

Last August, QMSP filed an application with the Régie des marchés agricoles et alimentaires du Québec (RMAAQ) to amend existing regulations, seeking a quota issue and a new allocation of taps amongst expansion and start-up initiatives. QMSP and RMAAQ are working together to finalize approval of the draft regulations. That is expected to occur this summer. QMSP is hopeful that the new taps will be issued under the new regulations.

In anticipation of these regulations coming into effect, current and prospective producers should begin preparations now, specifically by conducting forest inventories and GPS mapping of the areas they have targeted for development, in accordance with QMSP’s forest inventory standards. These may be found in the Maple Syrup Production Quotas section of the website.