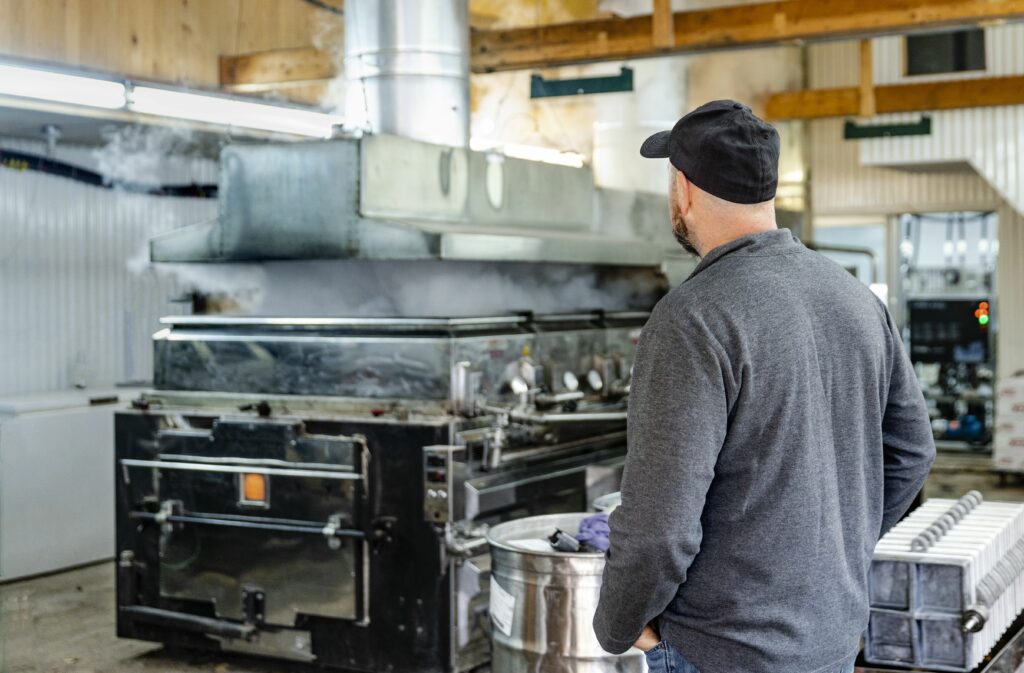 Bulk sales of organic maple syrup have increased exponentially in the past few years, from 25 million pounds in 2015 to 65 million pounds in 2020. Even though the number of certified producers tripled over that period (from 386 to 1,145), supply continues to lag behind demand.

Québec produces a lot of organic maple syrup, but misinformation and some common myths about the product remain. Let’s explore 6 issues.

1. All maple syrup is organic. It doesn’t get more organic than that.

It’s true that the sap flowing from maple trees is pure. However, organic certification is a process that looks at how the finished product—maple syrup— is made. A product is declared organic through verification of how it’s produced and whether it meets the four general principles of organic production:

The Canadian Organic Standards are based on these four pillars. Maple producers must ensure their harvesting systems, cleaning products, and forest management practices comply with specific requirements.

Any company producing organic maple syrup must demonstrate it meets all these requirements in an annual inspection.

Organic certification doesn’t make a determination of a product’s qualities or analyse its composition. It ensures that its production process complies with Canadian Organic Standards. Quality-related criteria such as flavour are not part of the requirements.

3. Becoming an organic producer means a lot of red tape.

Yes, getting certified is an administrative matter. One must first apply to a certification body. And all company production processes will be inspected annually so those must be detailed in a relatively exhaustive manner.

Upon registration, certification bodies provide the producer with forms that help make the routines less cumbersome. Once that is done, updating a production plan is generally easier.

Inspectors go to the sugar bush to ascertain that Canadian Organic Standards have been met over the past year. How do they do that? By checking the company’s records. This is why it’s important for the producer to methodically keep those records up to date and be ready for inspection. That can be done on forms provided by the certification body or on those created by the producer. Either way, the information must be there, in black and white.

With limits on the types of cleaning products and defoamers allowable in organic production, the producer will have to pay a lot more attention to equipment cleaning and evaporator overflows during production. Cleaners, sanitizers, and defoamers must appear on the Canadian Organic Standards approved list. This occurs only after lengthy consultation with the industry.

The standards are updated every five years, the next time coming in 2025. Applications to the Canadian General Standards Board for the addition of a product must show it meets the principles of organic agriculture. In this case, the principles of ecology and care are of particular importance. The new product must be shown to be environmentally friendly and to act in a way that does not alter the final product.

All certification bodies follow the same regulations and apply the same Organic Standard. It is recommended that you choose your certifier as you would any other important professional (e.g. accountant, notary). Nonetheless, every certification agency is subject to the same rules.

This does not mean there may be no differences at all, such as in fees or customer service. In Québec, the Conseil des appellations réservées et des termes valorisants (CARTV) ensures the consistent application of the Organic Standard by such bodies. Its oversight guarantees that organic certificates possess equal value, regardless of which certification body issues them.

All certified organic companies are inspected annually to verify that the standards are being followed in both the forest and the production facility. When applying for certification, the maple producer agrees to:

In addition to this regular inspection, certification bodies also conduct unannounced inspections of production sites. This is another reason that organic producers should resist any temptation to game the system.

That may seem like a lot of extra headaches for maple producers, but nearly 1,300 of them are certified organic for this 2022 season and will fetch premium prices for their output. Yet, there are still too few of them to meet demand. Organic products are especially popular in offshore markets, where consumers want to know that the processes behind the product respect the principles of organic agriculture, i.e. by seeing the Canadian Organic Standards stamp. This assurance seems less important to domestic consumers, perhaps because they can go right out to a sugar bush and see how its maple syrup is produced with their own eyes.

But make no mistake: organic certification is a big thing in our international markets. More and more consumers around the world are demanding it.

There are three certification bodies for maple syrup in Québec:

Maple producers who wish to investigate “going organic” should contact them.