The Collective Marketing of Maple Syrup

united we stand, united we progress

Québec’s agricultural producers, whether in maple syrup, eggs, poultry, pork, or fruits and vegetables, have known tough times. Many saw a better way in collective marketing, a system that would balance business relationships between producers and buyers, stabilize prices, and standardize working conditions. This was achieved by putting aside differences and coming together in a common, union-oriented approach.

The Joint Plan: A Marketing Instrument

In agricultural collective marketing, a joint plan is the negotiation and marketing mechanism that determines the conditions of production and distribution of a given product. The plan is put to a referendum in which at least 66% producers in a federation and sector must vote. Such a plan may govern production (methods, quality standards, supply management, safety and supervision, etc.) and marketing (consumer prices, transport, reserves, promotion, etc.).

Subsequent to the 1989 Joint Plan, Québec Maple Syrup Producers (QMSP) established two marketing agreements: one for maple syrup (1998) and another for maple water bottling (2013). These agreements determine the conditions of sale, including prices and terms of payment, between the QMSP Sales Agency—the agent for all its maple-producing members—and the buyers’ representative, the Conseil de l’industrie de l’érable.

In Québec, the Régie des marchés agricoles et alimentaires du Québec (RMAAQ) must authorize all joint plans and may amend draft plans submitted to it. Once a plan comes into force, all producers under its auspices are subject to it as they are any other government law or regulation. The Régie also approves or arbitrates the applicable marketing agreements.

It took four attempts and some 25 years to establish the joint plan for maple production. This finally occurred in December 1989, when 84% of Québec’s maple producers approved it in a referendum. It took effect in February 1990.

Before collective marketing, practicing maple production as a full-time profession was almost impossible to even imagine. Now, there are several regions in Québec where it is the main economic engine of farm production. The collective work of 13,300 producers has created a stable maple industry.

Learn more about the history of the joint plan for maple production in the book Si l’érable m’était conté and our video marketing its 25th anniversary. 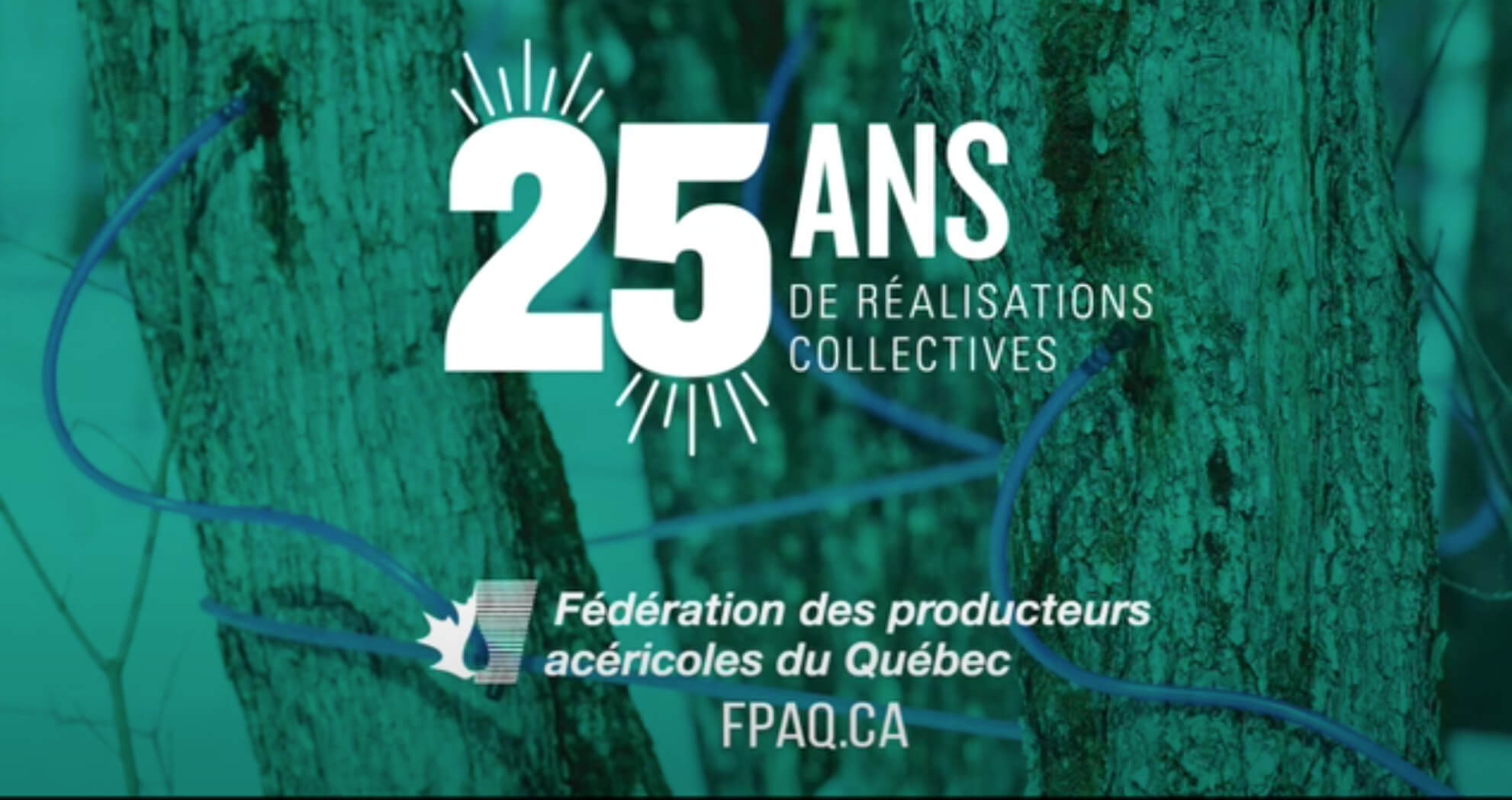