Maple Syrup — THE NUMBERS SPEAK FOR THEMSELVES

Annual statistics compiled by Québec Maple Syrup Producers the story of a booming industry. See for yourself:

Maple Production in Québec, Canada, and the United States

2022 was a record year for maple production in Québec, with a harvest estimated at more than 211 million pounds of maple syrup, representing an average yield of 4.26 pounds per tap. 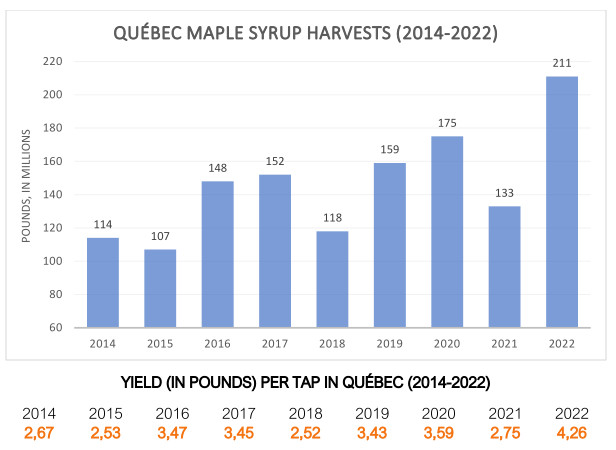 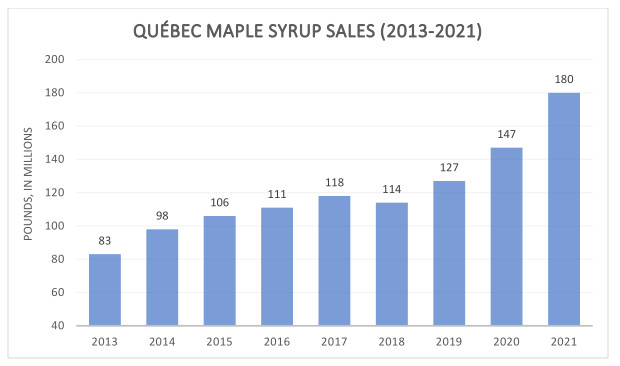 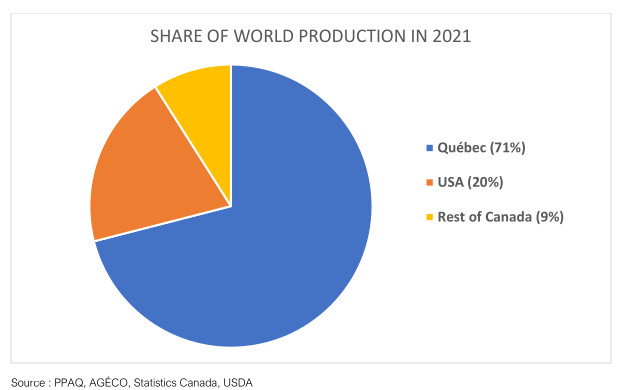 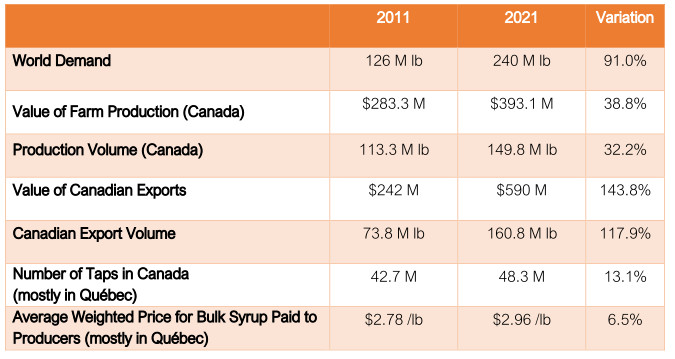 You can see how exports have trended over the past 10 years in our annual publication of statistics published each year.

QMSP invests a great deal of energy and financial resources in the marketing and promotion of Canadian maple products to nations abroad. These primary export markets are the United States, Germany, the United Kingdom and Japan. 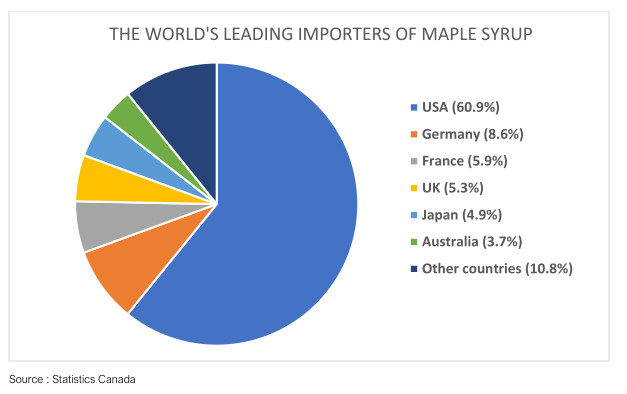